Common Drug for Depression Has A History You Need to Read

In 2014, the antipsychotic drug Abilify grossed nearly $7 billion to become the best-selling drug in America.

However, many reports over the last several years indicate that Abilify and other antipsychotic drugs are overused to treat off-label conditions such as insomnia, dementia in the elderly and irritability associated with autism – with a terrible cost.

Several studies have linked Abilify to severe side effects including obsessive-compulsive disorders such as gambling, thoughts of suicide, seizures and death.

But a few months ago, BMS had to answer for improperly marketing Abilify. On December 8, 2016, the company agreed to pay $19.5 million to 42 states and the District of Columbia to resolve claims that it used deceptive trade practices.

In 2007, BMS and its wholly owned subsidiary, Apothecon, Inc., agreed to pay over $515 million to resolve allegations about their unethical marketing and pricing.

According to the U.S. Department of Justice, BMS knowingly and willfully paid physicians and other health care providers “to participate in various consulting programs, advisory boards, and preceptorships,” some of which “involved travel to luxurious resorts…in order to induce them to purchase BMS drugs.”

The Government also alleged that, “from 2002 through the end of 2005…BMS directed its sales force to call on child psychiatrists and other pediatric specialists” and urge them “to prescribe Abilify for pediatric patients.”

That a company would knowingly encourage the use of drugs that can seriously injure and kill innocent people is beyond immoral, but it happens in America every day. The allure of high profits is a corrupting force. For BMS, the sum of both settlements described above equal $534.5 million dollars – only a fraction of the company’s earnings in 2014 alone.

If you or a loved one have suffered side effects you believe are caused by Abilify or another brand of antipsychotic drug, contact the award-winning medical malpractice lawyers at Pribanic & Pribanic. Our knowledgeable staff is ready to provide your free case consultation. Email us here or call toll-free at 1-800-392-4529. 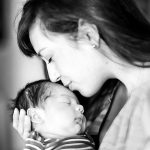