Paraquat Lawsuit Attorneys at Pribanic & Pribanic can help you get the compensation you deserve if you’ve been exposed to Paraquat or Rotenone and have been diagnosed with Parkinson’s Disease.

“Paraquat is highly toxic to humans; one small accidental sip can be fatal and there is no antidote.” 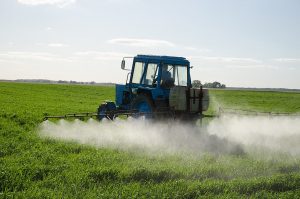 People who may have a Paraquat (or Rotenone) case are the following:

As of June 2021, there were 157 cases pending in state and federal courts around the country against Syngenta (the herbicide manufacturer) regarding Paraquat. The plaintiffs claim Syngenta was aware of the health risks associated with Paraquat but failed to warn users.

“If you believe you’re a victim of Paraquat or Rotenone, Pribanic & Pribanic has experienced Paraquat Parkinson’s disease attorneys are ready to help: call 800-392-4529.

A Des Moines Register story published in May 2021 highlights the actions of an Iowa farmer who led  a nationwide lawsuit against the manufacturers of Paraquat for its connection to Parkinson’s Disease.

Parkinson’s Disease is a generative disease of the central nervous system affecting movement. While some Parkinson’s Disease diagnoses are attributed to genetics, it is becoming more widely understood that environmental factors and toxins, such as herbicides and pesticides, are also strongly linked to the disease.

While the CDC does not list acute symptoms of toxicity for Rotenone on its website, studies into Rotenone and Paraquat have revealed links to Parkinson’s Disease.

A 2011 study by the National Institutes of Health found “significant associations of Parkinson’s Disease with use of groups of pesticides classified as complex I inhibitors or as oxidative stressors.”

In particular, the study found Parkinson’s Disease was strongly associated with Rotenone and Paraquat, stating that “people who used either pesticide developed Parkinson’s disease approximately 2.5 times more often than non-users.” That means users are on average 250% more likely to develop Parkinson’s Disease.

Similarly, the results of a Nature Neuroscience study published in 2000, found that “chronic exposure to a common pesticide [Rotenone] can reproduce the anatomical, neurochemical, behavioral and neuropathological features of Parkinson’s Disease.”

In fact, Paraquat and Rotenone are routinely used in research as one of the ways to induce and study Parkinson’s Disease in animal models.

“If you think you may have been exposed to Paraquat, our Paraquat lawsuit attorneys can help. Call 800-392-4529 today.”

Paraquat Dichloride, or Paraquat, is a widely used herbicide in the United States. Paraquat is registered as a Restricted Use Pesticide (RUP) by the United States Environmental Protection Agency (EPA) and its use is limited to licensed users due to it’s high toxicity. According to the Centers for Disease Control, Paraquat is “highly poisonous” if ingested, inhaled, or left on exposed skin.

Paraquat is a chemical used to control weeds and grass in agricultural and non-agricultural settings. Other Paraquat uses include use as a desiccant for crops like cotton, prior to harvest.

Rotenone is an insecticide derived from the roots and stems of plants native to South America and Tropical Asia, such as derris elliptica, that is processed into a colorless to red, odorless, crystalline solid.

Rotenone is particularly effective in killing fish and other organisms by blocking the cellular intake of oxygen. It has also been used in home gardens.

Rotenone is routinely applied using a liquid concentrate or a powdered substance, but according to the CDC, no there is no data regarding the toxicity of rotenone if inhaled, despite the continued use of Rotenone powder.

“Wonderful group of individuals — that work for you because you are a person not just another case.” ~ Megann

Who is at risk of Paraquat Exposure?

Field and Agricultural workers who have used Paraquat are most likely to feel the effects of exposure with the chemical.

Since Paraquat is primarily used as a spray, the EPA has claimed it can also pose a threat to bystanders via spray drift, making Paraquat toxic not only to workers, but those living near farms and facilities that use Paraquat products.

Overtime, exposure to small amounts of Paraquat may lead to heart failure, kidney failure, liver failure, and lung scarring. In general, Paraquat exposure can lead to Paraquat side effects such as:

Banned in Other Countries

Over 30 countries worldwide have banned the use of Paraquat.  Paraquat is banned throughout England, the European Union, and China.

Syngenta, the manufacturers of Paraquat, are based in Switzerland, where the use of Paraquat has been banned since 1989. Most of the yield is sent to the United States. Paraquat is still legal in all 50 US states.

Due to the still rampant use of Paraquat and Paraquat products in the United States, human exposure is not uncommon for those working in or near agricultural or other field industries.

Do not hesitate to contact the experienced Paraquat lawsuit attorneys at Pribanic & Pribanic today for a free consultation: 800-392-4529