How can a car seat cause injury to a child?

Pittsburgh Car Seat Lawyers at Pribanic and Pribanic have over forty years of experience in handling car crash cases involving an injury to a child.

For years, it’s been a car seat rule of thumb repeated endlessly to parents: The best way to tether a child safety seat in is by using the LATCH system. But a car seat lawyer at Pribanic & Pribanic knows otherwise.

A team of scientists from an engineering firm in Lancaster, Pennsylvania  conducted a series of experiments that calls that conventional wisdom into question. 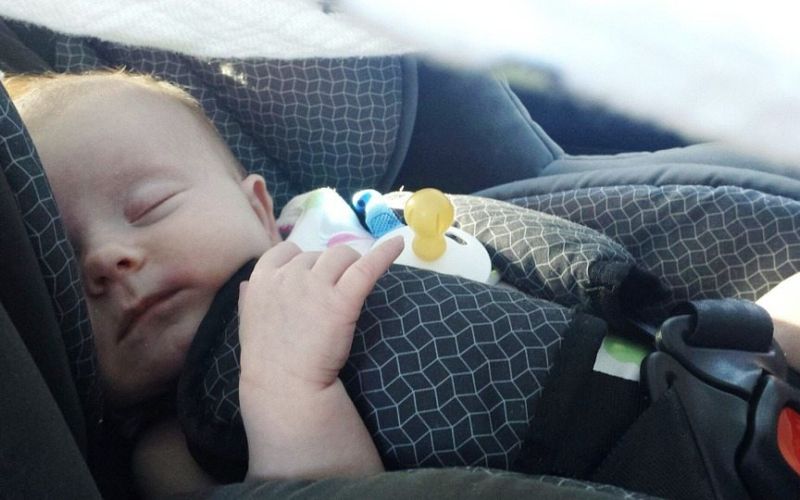 Do you believe your child has been injured from a car seat? Don’t delay — Contact our car accident attorney for a free consultation: 800-392-4529

They found that how to secure children correctly and safely is absolutely a big deal.

This is important stuff – consider these statistics:

The study conducted by Robson Forensic, a firm that specializes in car crashes, concluded that children who are secured in rear-facing car seats are more at risk for traumatic head injuries, severe neck injuries and other injuries in rear-end collisions when they are tethered using the so-called LATCH anchor as opposed to a seat belt.

Here’s why this study and its findings are significant: The National Highway Traffic Safety Administration reports that three out of every four children in the United States in child safety seats are either not properly secured, or not restrained – causing thousands of kids to suffer traumatic brain injuries and other personal injuries.

To avoid serious injury, the NHTSA has been advising parents that the safest place for a child is in the back seat, and that the safest tethering method is the so-called LATCH system.

Not familiar with that acronym? LATCH stands for Lower Anchors and Tethers for Children, and the system is designed to properly install a child safety seat without the use of a seatbelt.

It should be noted that nearly every car seat and most vehicles manufactured since September 1, 2002, are required to have the LATCH system.

The NHTSA says on its website, “LATCH makes it easier to get the child seat in right – the first time and every time.”

But not so, says the study.

This is how they figured it out: Video from the test showed a crash-test dummy the equivalent of a six-month-old child in a rear-facing child safety seat. Upon impact, the dummy propelled forward and its seat came loose from the LATCH tether. At that point, the dummy’s head slammed against the headrest. The result? Injuries that ranged from traumatic brain injuries to necks being slightly detached from the spinal cord.

News of the study was reported in various high-profile media outlets such as The Washington Post, and reportedly got the attention of the NHTSA – which was reportedly skeptical of the findings.

The personal injury attorneys at Pribanic & Pribanic will be watching how this issue progresses, and if it could trigger any changes is the formal recommendation given to new parents about the best way to tether a child safety seat.

“If an insurance company contacts you after an accident call one of our injury lawyers for help.”

Can Your Car Seat Lawyer Take My Case?

Our law firm has successfully handled a range of serious injuries from motor vehicle crash cases, including those in which clients have suffered:

What to Do After Your Accident?

The most important thing to do is seek medical treatment if you have been injured in an accident. And there are other steps you can take to improve your chances of securing compensation, like preserving evidence. Taking photographs of the vehicles involved as well as the accident scene can be helpful, while getting the vehicle repaired can compromise important evidence.

It is also important to be careful about what you say to the insurance companies. They are trying to limit their liability and may try to get you to make statements that hurt your case. To ensure your rights are protected in your state consult with an experienced car accident attorney.

Can’t find what you’re looking for? Checkout our articles on Child Safety:

· COULD A SEAT BELT FAILURE CAUSE YOUR CHILD TO SUFFER A PERSONAL INJURY?

Are you looking for help with other legal questions about child injury? Contact our child safety team at Pribanic & Pribanic for a free consultation: 800-392-4529