On Friday, Ford Motor Company recalled over 828,000 vehicles due to defective unlocking door latches.  So far, Ford has “identified one reported accident and one reported injury that may be related to the issue,” according to the company’s press release.

Last week’s recall is not the company’s first involving defective latches, which Ford warns can unlock while driving and cause car accident or injury.  In April 2015, Ford recalled 390,000 Ford Fiesta, Fusion and Lincoln MKZ models in North America due to a door latch malfunction.

Newly affected vehicles included in Friday’s recall are as follows:

While Ford’s recall is voluntary, some recalls are prompted by complaints by vehicle owners and investigations by the U.S. National Highway and Traffic Safety Administration (NHTSA). Between the initiation of the National Traffic and Motor Vehicle Safety Act of 1966 and 2014, NHTSA reports that there have been 18,658 recalls affecting 815,337,150 vehicles for issues such as child safety seats, tires, airbags and other defective products or parts.

After it’s been determined that a defect could lead to safety risks, manufacturers must notify all registered owners and purchasers of the affected vehicles via first-class mail. Ford has already announced that dealers will replace side door latches at no cost to the customer. In the event a vehicle has a broken latch, “Ford will provide a one-time replacement at no charge for the life of the vehicle.”

Defective equipment and parts in automobiles can and do lead to many car accidents. According to the Center for Disease Control, “Motor vehicle crashes are a leading cause of death in the U.S. Nearly 35,400 people died from motor vehicle crashes in 2014 alone.”

Ford holds the record for the largest vehicle recall in history – 21 million cars in 1981 – for defective parking gear that slipped and let vehicles roll away. At least 98 deaths were associated with the defect.

If you or a loved one has been injured in a car or truck accident that may be linked to a defective part or malfunction, you may qualify for a product liability lawsuit. At Pribanic & Pribanic, we have a history of successful cases involving automobile accidents. For a free consultation, please call 412-672-5444 or toll-free 800-392-4529. 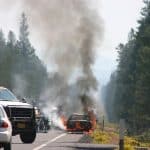 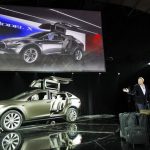