By Pribanic & Pribanic
Posted July 5, 2015
In Motor Vehicle Accident
Tragic accident claims six on rural Pennsylvania highway2015-07-052015-07-05https://pribanic.com/wp-content/uploads/2019/03/pribanic_pribanic_attorneys_in_pittsburgh_logo-01.pngPribanic & Pribanic | Pittsburgh Injury Attorneyshttps://pribanic.com/wp-content/uploads/2019/03/pribanic_pribanic_attorneys_in_pittsburgh_logo-01.png200px200px
0
A recent accident along Route 219 in the Allegheny National Forest resulted in the deaths of six vehicle occupants, two of them children. The head-on collision happened when the driver of an SUV – a 36-year-old Kane resident – lost control and swerved into the path of an oncoming sedan. All four people in the sedan were killed, and two children (the daughter and nephew of the SUV’s driver) in the SUV also lost their lives. The driver was seriously injured, as was another SUV passenger.Police have not yet determined a definitive cause for this accident, but a Pennsylvania state trooper involved in the case has indicated that charges might come against the SUV driver once the investigation is concluded. This could mean that they suspect the accident was the result of distracted driving, reckless driving or that alcohol was a factor.

Learning from this tragedy

Preliminary reports indicate that several of the victims of this terrible car accident were not wearing their seat belts at the time of the crash. Given the fact that both vehicles were traveling at highway speeds, it is possible that the results would be the same, but lives might have been saved by seatbelts. Years of data prove that seatbelts do save lives, even in serious motor vehicle accidents.

Pennsylvania’s Department of Transportation (PDOT) compiles crash data annually, including information about how in-car safety options like seatbelts, child-safety seats and airbags can affect the outcome of car and truck accidents. For example, PDOT’s 2012 annual crash data report shows that 56 percent of people killed in Pennsylvania car wrecks were not wearing seat belts, and that the cost of not buckling up (measured in medical bills, lost wages, rehabilitation expenses, etc.) is nearly $3 billion annually for the state.

Since two of the victims in this crash were kids, it is important to remember that the proper use of child safety restraints and the careful adherence of laws requiring seat belt use by minors are imperative when traveling with children.

In Pennsylvania, children under the age of four must be buckled into a properly installed, age-appropriate restraint system whenever they are in the car. Children between ages four and eight must use a booster seat and wear a seat belt. Children between eight and twelve must sit in the back seat whenever possible and be buckled up at all times. Anyone under the age of 18 is required by state law to use a seat belt no matter where they are sitting in the vehicle.

Child safety restraints reduce the risk of death by more than 71 percent for infants, and more than 54 percent for toddlers. PDOT data shows that between 2008 and 2012, 81 percent of children under the age of four who were restrained in child safety seats during a crash were not injured.

In spite of all your careful preparations and responsible behavior (like buckling your children into safety seats, obeying traffic laws and focusing your attention on the road instead of driving distracted), it is still possible for you to be involved in an accident because of a reckless or negligent driver. Have you or a loved one been injured in an accident caused by someone else? Was a loved one tragically killed in such a crash? Do you need to know more about legal options to hold the at-fault driver responsible?

For the answers to these and other car accident-related questions, consult an experienced Pennsylvania personal injury attorney. 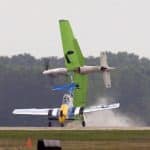