For Victims of Serious Trucking Accidents

For Victims of Serious Trucking Accidents 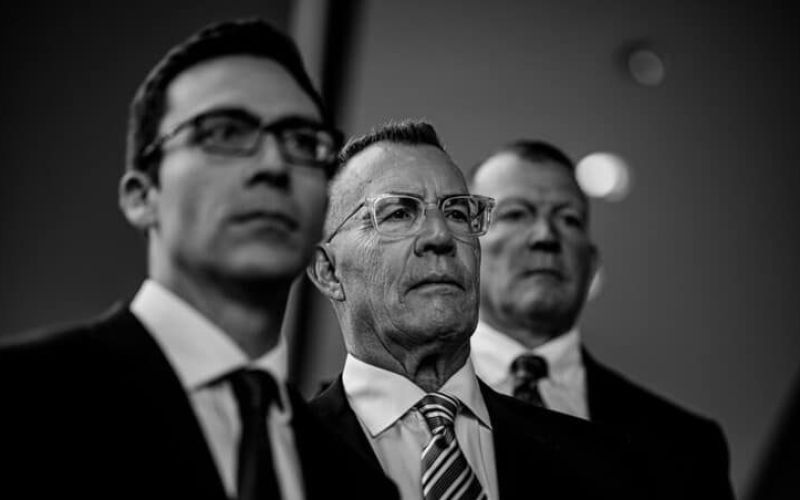 Trucking companies and their insurance providers are aggressive in defending against personal injury lawsuits. Our truck accident legal team will know how to counter the tactics of the insurance companies to obtain maximum compensation for your case.

We pursue every fact in a truck accident case, often going to the scene of the accident in person to collect valuable evidence.

We rely upon experts in accident reconstruction, engineering and other fields who help us strengthen your case. Often, we are able to increase the compensation for clients by demonstrating that their injuries were the result of Federal Motor Carrier Safety Administration (FMCSA) violations, including:

Whether you have suffered a serious injury in a tractor trailer accident, or have lost a loved one in a fatal semi truck or 18-wheeler crash, our attorneys are here to offer experienced advice and advocacy. Contact us today online or or toll free at 800-392-4529.

“If an insurance company contacts you after a tractor trailer crash call one of our injury lawyers for help: 800-392-4529“

What Our Clients Say About Pribanic & Pribanic

“They work for you because you are a person not just another case.” ~ Megann

Ernest and Victor Pribanic, fought for her and enabled her to move forward and build a “new life.” For that we will be ever so thankful. Lawyers fight for justice, they did much more than that, they gave us hope.

Jeffrey is very professional and he was always there for me when I had any concerns. My injury is going to be with me for life. We settled and Jeffrey got me a very large settlement. Hire Jeffrey!

Can Your Law Firm Take My Truck Accident Case?

Our law firm has successfully handled a range of serious injuries from motor vehicle crash cases, including:

What to Do After You’re Involved in a Truck Accident?

First, seek medical treatment if you have been injured in a trucking accident. And there are other steps you can take to improve your chances of securing compensation, like preserving evidence. Take photographs of  vehicles involved as well as the crash scene. Also, getting the vehicle repaired can compromise important evidence.

It is also important to be careful about what you say to the insurance companies. They are trying to limit their liability and may try to get you to make statements that hurt your case. To ensure your rights are protected in your state consult with an experienced truck accident attorney.

Truck Accidents Can Be Avoided

The results of a recent sleep study find that a split sleeping schedule leaves people more rested than sleeping for longer periods during the day. The results of the study are important for those who drive for a living and everyone else who has to share the roads with them.

Drowsy driving is an all too common cause of accidents. It is not always easy to quantify like the blood alcohol concentration of an impaired driver. This means that the number of accidents caused by fatigued drivers is underreported. This can also present difficulties in proving the negligence of another drowsy driver caused an accident.

In an attempt to limit the number of semi truck accidents caused by fatigued drivers, the Federal Motor Carrier Safety Administration regulates the number of hours that truck drivers can spend behind the wheel. The agency has worked with sleep researchers in setting rules for the drivers of commercial motor vehicles.

Sleep researcher, Gregory Belenky of Washington State University completed the recent sleep study for the FMCSA. He compared two 5-hour sleep periods from 3 a.m. and 8 a.m. and then later in the day from 3 p.m. and 8 p.m. with consolidated sleep at night and during the day.

What he discovered was that the 10-hour nighttime sleep period was the best. This much was not surprising. But the split schedule was better than the consolidated daytime sleep.

The study involved 52 volunteers, who slept in a laboratory. They simulated a five-day workweek, sleeping and then driving in a simulator, as well as other tests of their motor skills.

The conclusions from the study were the same as several others completed in the last five years. Can the findings help reduce the number of trucking accidents and serious tractor-trailer injuries? How do the current hours-of-service rules line up with the findings?

The findings from the study show that drivers may do better with the flexibility to take two breaks of more equal time. According to the findings of the study that would be preferred to an eight-hour break during daytime hours.

To ensure that driver’s breaks include overnights, the federal agency proposed new restart rules that will go into effect this summer.

Under the new “34-hour restart” rule, drivers must take a break between workweeks that includes two periods between 1 a.m. and 5 a.m. of home terminal time. In addition, drivers will need to take a 30-minute rest break after eight hours of driving.

The FMCSA recognizes that drowsy driving is a problem and continues to look for ways to reduce the number of fatigued drivers on the roads. Yet with tight deadlines and health issues, such as high blood pressure and sleep apnea many truckers still struggle to stay awake behind the wheel.

In an 18-wheeler crash, finding the cause of the accident can prove difficult. A consultation with an experienced personal injury attorney is a start along the path to uncovering whether negligence played a role in the crash. A lawyer will also explain your rights and fight to ensure you receive fair compensation for your injuries.

If you’ve been injured from a truck accident, don’t delay. Contact our Truck Injury Lawyers for a free consultation: 800-392-4529