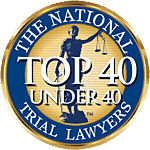 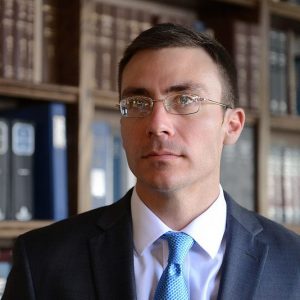 Before pursuing a career in the law, Ernest was a teacher and taught English, literature, and creative writing to middle and high school students.  This foundation is not forgotten, however, as Ernest takes every opportunity to apply the unique forensic skills associated with being an educator to his law practice.

On those rare occasions when he is not working on representing his clients, Ernest can be found enjoying the outdoors with his wife and two daughters.

Most people are never prepared for a life altering event. Nor do we know what to expect when it does happen. First there’s the fear of uncertainty and change. The panic of how to make this all go away.

My sister had such a turn of events, medical mistakes and malpractice changed her life forever. Sold on the “simple “ idea of gastric bypass, the “quick fix” that caused a cascade of neurological and debilitating ailments. My sister became unable to walk, lost the use of her hands, was unable to feed herself and had severe memory and cognitive issues.

That’s when she needed help, not just medically, but someone to fight for her. That’s when I met Ernest Pribanic. From that first day he sat with us at the rehab facility, I knew we had the right team to fight for her. Not only being compassionate and patient, but listening to a woman who just wanted her life back, he  knew what needed to be done; listening through the tears and the days that she would just break down. It wasn’t a pleasant journey to say the least but he never hesitated to answer our calls and be there when the time came to face those that had failed her.

Ernest and Victor Pribanic, fought for her and enabled her to move forward and build a “new life.” For that we will be ever so thankful. Lawyers fight for justice, they did much more than that, they gave us hope.