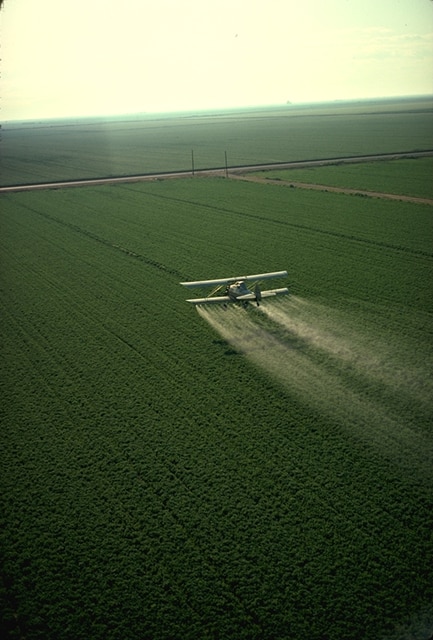 A Roundup Cancer Lawyer at Pribanic & Pribanic can help you discover if your cancer is linked to Roundup. Our legal team is currently working cases where people have been harmed by the Monsanto product.

According to studies, the herbicide known as Roundup contains chemicals, mainly Glyphosate, that also kill living human cells and are linked to non-Hodgkin’s lymphoma, a type of cancer that starts in the cells of the lymph system.

The National Cancer Institute found, “The lymph system is part of the immune system, which helps the body fight infection and disease. Because lymph tissue is found all through the body, lymphoma can begin almost anywhere. The treatment and the chance of a cure depend on the stage and the type of lymphoma.”

Non-Hodgkin’s lymphoma is the most rapidly increasing cancer in the Western world.

Glyphosate is the most commonly used pesticide in the world and a key ingredient in RoundUp, which is manufactured by agrichemical giant Monsanto. According to a 2009 article in Scientific American:

“Until now, most health studies have focused on the safety of glyphosate, rather than the mixture of ingredients found in Roundup. But in the new study [from France’s University of Caen], scientists found that Roundup’s inert ingredients amplified the toxic effect on human cells—even at concentrations much more diluted than those used on farms and lawns.

“One specific inert ingredient, polyethoxylated tallowamine, or POEA, was more deadly to human embryonic, placental and umbilical cord cells than the herbicide itself – a finding the researchers call ‘astonishing.’”

This study joins a growing list of research about the health problems of Roundup, including a bombshell released by The International Agency for Research on Cancer (IARC) in 2014 that found that exposure to glyphosate doubled a person’s risk of developing non-Hodgkin’s lymphoma.

“B cell lymphoma was positively associated with phenoxy herbicides and the organophosphorus herbicide glyphosate,” states the IARC study.

“If  you used Roundup and developed one of these cancers call our Roundup Cancer Attorney for a free consultation: 800-392-4529.”

“Wonderful group of individuals — that work for you because you are a person not just another case.” ~ Megann

100 million pounds of glyphosate is sprayed on commercial food crops, used on public parks and walkways, spread on school grounds, and applied at homes across the United States every year.

The proponents of glyphosate say that the chemical breaks down very quickly in the environment.

But a report from The United States Environmental Protection Agency states that glyphosate is “extremely persistent under typical application conditions.” The chemical’s persistent quality explains why it has been found in unexpected places, like in organic eggs, due to its accumulation over time throughout the environment.

Despite this evidence, the U.S. Food and Drug Administration has suspended its first-ever tests of glyphosate levels in food products that Americans consume daily. The FDA began testing food products for glyphosate in 2016 after condemnation from the U.S. Government Accountability Office (GAO.)

The GAO’s report revealed: “FDA does not disclose in its annual monitoring reports that it does not test for several commonly used pesticides with an Environmental Protection Agency (EPA) established tolerance (the maximum amount of a pesticide residue that is allowed to remain on or in a food)—including glyphosate, the most used agricultural pesticide.”

If you or a loved one have been diagnosed with lymphoma, additional tests can determine whether pesticides played a role. Call the experienced attorneys and medically-trained team at Pribanic & Pribanic for a free consultation: 800-392-4529.

Do you believe your cancer is from Roundup? Don’t delay — Contact our Roundup Cancer Lawyer for a free consultation: 800-392-4529