You may or may not know someone who has been in an automobile accident and the terrible devastation that can occur. One of the deadliest car crashes of any kind happen when a tractor trailer collides with a vehicle, crushing the car under the trailer or sometimes slicing off the top of the vehicle, causing passengers severe trauma, decapitation and death. These unfortunate car accidents are known as underride crashes:

Being able to avoid something as big as a tractor trailer is not easy, especially at night, as demonstrated by this animation by CrashForensics:

For years, consumers advocates and victims who’ve lost loved ones in underride crashes have petitioned government agencies to increase safety regulations for tractor trailers, as well as single-unit trucks (ones that don’t pull trailers such as dump trucks). Finally, the National Highway Traffic Safety Administration’s proposed increased requirements in December 2015 for protective steel bars on trucks. But according to a recent report by Paul Feldman of FairWarning, the new regulations don’t go nearly far enough.

“An underride crash in Georgia in May 2013 took the lives of North Carolina sisters AnnaLeah Karth, 17, and Mary Karth, 13. Marianne Karth, a mother of nine, was heading to Texas with AnnaLeah, Mary and one of their brothers to attend the college graduations of four of their older siblings when her blue Crown Victoria was struck from behind by a tractor-trailer. 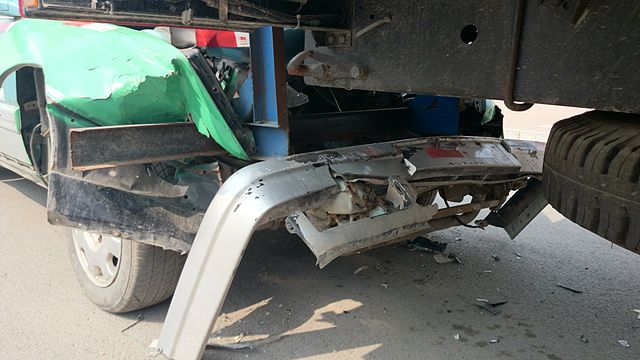 A crash test performed by College of Traffic, Jilin University, in order to evaluate the safety performance of a underride guard. An FAW Hongqi CA7180A4E passenger car run into the back of an FAW Jiefang CA1169PK2L2EA80 truck full-width at a low speed (about 30~40km/h, the accurate speed is unknown). © Wikimedia Commons

The impact, the police report said, spun her car around, and it was struck again by the same truck and pushed, rear-end first, toward another. The guard bar on the back of the second trailer-truck failed to prevent her sedan from sliding under, and the two teens in the back seat were killed.”

If you or someone you know has been injured or killed in a truck or tractor-trailer underride crash, call the award-winning car accident attorneys at Pribanic & Pribanic for a free consultation: 412-672-5444 toll free: 800-392-4529. 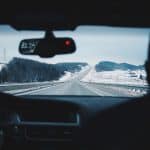 5 Tips to Prevent Motor Vehicle Accidents This Winter in PittsburghUncategorized