Could a Seat Belt Failure Cause Your Child to Suffer a Personal Injury?

The public service announcements regarding the importance of proper seat belt use are everywhere: You see the messages on television, you hear ads on the radio, and you read about increased police patrols regarding the safety issue.

When it comes to children, the importance of the always-wear-your-seat belt rule is even more paramount.

The World Health Organization – more commonly known as WHO – has reported that the use of seat belt and child-restraints are two of the most important things a parent can do to prevent a personal injury via motor vehicle accident.

The fact is, statistically, seat belt and child-restraints help reduce severe personal injury in a motor vehicle accident– and increases a youngster’s chances of survival if a collision does take place.

While it is true that children are safest when properly seated and restrained in the back seat, there is always that word: Properly.

Like all products, seat belts and child seats and restraints are only effective if used properly, and a product can only work effectively if it has been manufactured correctly.

Here’s a hard truth: While the effective use of seat belts and child car seats and restraints has saved untold lives, failures happen, and children are often the victims of traumatic personal injury as a result.

Seat belt failure can happen many ways, including:

Despite the various ways that seat belts may fail, it is often difficult to determine (especially in fatal motor vehicle crashes) if a seat belt failure was the cause.

Indeed: According to the National Highway Traffic Safety Administration, only a pair of deaths were directly attributed to seatbelt failure during a motor vehicle accident– but the report also acknowledges that seat belt failure occurred in about .05 percent of all accidents involving children 14 years old or younger.

Yet, defective seat belts have been the subject of massive recalls – including those produced by Takata (which is again in the news because of recalls associated with its air bags) back in 2009 because:

When we say it was a massive recall, that’s no exaggeration: Takata’s seatbelt failure prompted the recall of more than 8 million vehicles of many makes, including General Motors, Chrysler, Ford, Nissan and Subaru.

There are many ways in which seat belts generally may fail. They include:

The personal injury lawyers at Pribanic & Pribanic want parents to understand that while seat belt use is considered one of the best ways to prevent a child from being injured in a motor vehicle crash, they must remain vigilant.

Seat belts fail, and so can child seats and restraints not properly utilized.

For a refresher on how best to restrain your child passengers, click here.

If your child, or a youngster you love, has been injured or killed in a motor vehicle crash that you believe was caused by a seat belt failure, call the personal injury attorneys at Pribanic & Pribanic today to schedule a free initial consultation at 412-672-5444 or toll free at 800-392-4529. 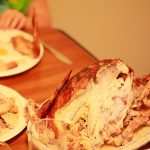 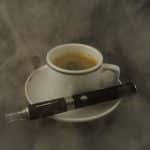