“What is Comparative Negligence?” 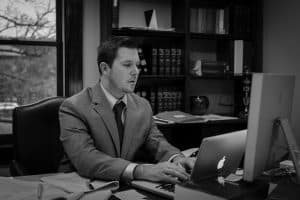 For example, if you were injured in a car accident and you were deemed 25 percent negligent, the legal compensation you collect will be reduced by 25 percent.

A fact-finder (generally a judge or jury) decides the percentage of liability for both the defendant and the plaintiff.

If you’ve been injured in a car accident because of the negligence of another driver, your ability to recover legal compensation will be largely based on whether you can prove that they were liable.

Comparative negligence is used as a partial legal defense in most car accident injury cases – especially those in which both parties are at least partially to blame for the incident.

For example, comparative negligence would come into play if you were seriously injured after you made an illegal turn at an intersection and were struck by a tractor trailer that ran a red light. In such cases, a fact finder – generally a mediator, judge or jury – will determine each parties level of liability.

Understanding the rules related to comparative negligence could meant the difference between recovering the legal compensation you deserve for your injuries and, in some cases, getting nothing for your pain. Hiring an experienced car accident injury attorney will ensure the best-possible outcome in your case.

In some medical malpractice cases, an injured patient’s ability to recover legal compensation can be reduced or sometimes even eliminated because of their own negligence. That’s because most malpractice cases allege that a doctor or medical provider failed to use the proper standard of care when providing treatment.

To defend these types of claims, the doctor or healthcare provider will claim the patient’s own negligence:

A patient could be considered comparatively negligent if they:

One of the cornerstones in any personal injury case is: Who is liable for the injury? In many cases, the person who has been injured is at least partially to blame for the accident that hurt them. In these cases, comparative negligence must be determined.

In Pennsylvania, comparative negligence does not play a role in an injured employee’s ability to recover workers’ compensation benefits. Workers injured on the job are entitled to comp benefits regardless of whether their own behavior contributed to their injury.