Talking on a cellphone while driving is legal in Pennsylvania; however, studies show that doing so poses a significant threat to motorists.

Americans are attached to their cellphones. At any given moment of the day, there are at least 660,000 motorists engaging in the deadly practice of texting and talking on cellphones while driving, according to distraction.gov. In fact, approximately 3,328 people lost their lives and another 421,000 were seriously injured in distracted driving car accidents across the nation in 2012. Although Pennsylvania law prohibits motorists from texting on a mobile device while driving, talking on a hand held or hands free device while behind the wheel is legal in the state. Many studies show, however, that these practices are extremely dangerous and should be avoided while driving.

The human brain and distraction

Many people have the misconception that motorists can efficiently multitask while driving. Yet, numerous studies reviewed by the National Safety Council show that the human brain is physiologically incapable of successfully completing two complex tasks, such as talking on a cellphone and driving, at the same time. Instead, the brain quickly adjusts from one task to the other, leaving brief moments where the motorist is not concentrating on driving at all. This short lapse in focus is referred to as inattention blindness, and it can cause drivers to ‘not see’ up to 50 percent of the information in their driving environment. Not only does inattention blindness decrease driver response time, but it significantly increases the risk of a serious auto accident.

Exploring the types of distraction

Although using a cellphone while driving is most commonly thought of when discussing distractive driving, it is not the only dangerous behavior to engage in while operating a vehicle. Drivers should also avoid the following:

Even if motorists feel as though they have mastered the art of driving, people should refrain from doing anything other than driving while behind the wheel of a vehicle. People who choose to engage in these activities may be considered negligent and should be held responsible for the consequences of their actions.

Negligent motorists can cause auto accidents that may result in life-changing injuries, severe emotional damage and property damage. If you suffer from injuries or have lost a loved one as a result of a distracted driver, you may be able to receive compensation to cover your medical expenses, lost wages from time taken off of work and any other costs that stem from the accident. 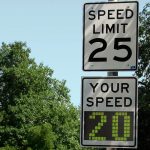