A proposed federal trucking regulation requiring speed limiters or “governors” on semi-trucks has moved a step closer to becoming law. Speed, distraction, fatigue and impairment are the top four driving behaviors implicated in motor vehicle semi accidents. The rule would ensure that big rigs could not travel above a certain speed on Pennsylvania roads.

Speed often comes up in commercial vehicle crashes. For instance, the National Transportation Safety Board cited speed in its preliminary accident report in the crash that injured comedian Tracy Morgan on the nearby New Jersey Turnpike. The driver was travelling 65 m.p.h. even though the speed limit was 45 m.p.h., because several lanes were closed for a construction project. 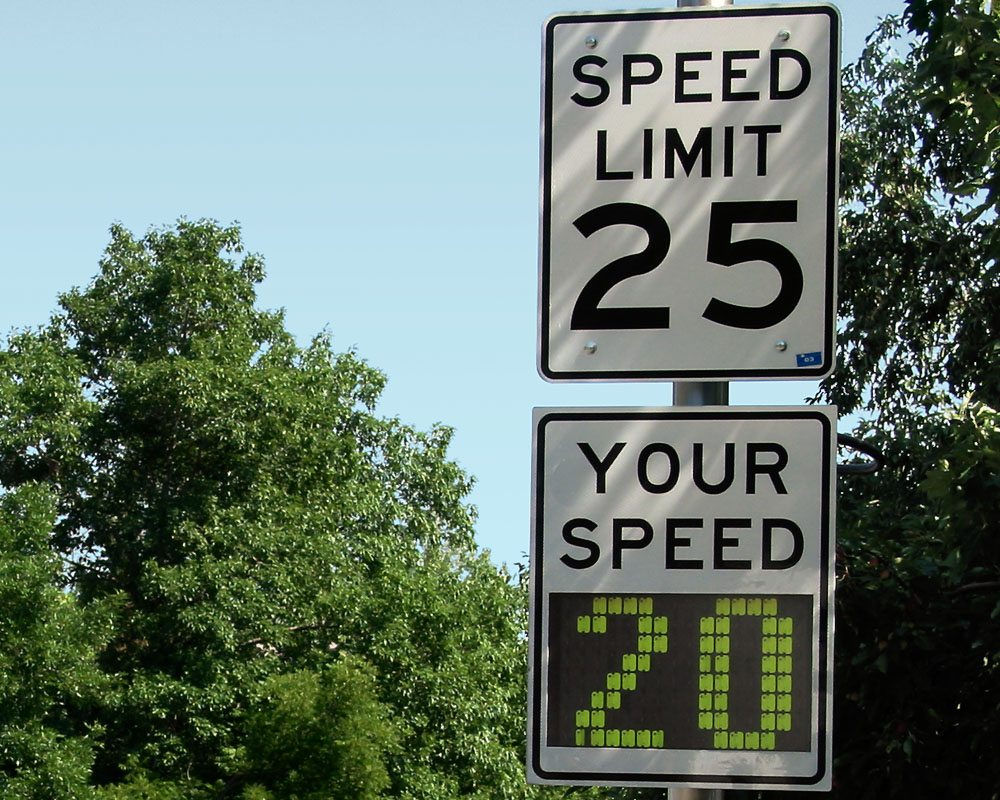 Close-up of a radar-based speed feedback sign, with the recorded speed beneath the limit. © Wikimedia Commons

The proposed speed limiter rule would require the installation of “governors” on all trucks that weigh more than 26,000 pounds. The Department of Transportation and Federal Motor Carrier Safety Administration have not disclosed what the top speed would be. The American Trucking Association supports speed limiters capping speed to 65 m.p.h. for all trucks.

Next steps for the proposed rule are final approval from the White House’s Office of Management and Budget. Then the FMCSA will publish a notice of Proposed Rulemaking with a 90-day public comment period. A final rule will likely go into effect in 2015.

Putting a maximum cap on the speed trucks can travel could reduce the severity of some crashes. However, many truckers already travel at less than the proposed maximum speed to conserve fuel. Another issue may be highways with split speeds – where the maximum speed in lower for big rigs than other passenger vehicles. Differences between state speed limits, traffic patterns and lower posted speed limits for construction as in the Morgan crash also are not addressed by a simple maximum speed limit rule.

The NTSB has discussed “advanced” speed limiters. They would vary the top allowable speed based on the location of the commercial vehicle. One way would be to link global positioning system data with posted speed limits contained in a database. Another possibility would be technology that allows devices to read speed limit signs.

Such technology would protect against reckless operation and some fatigue-related errors. Commercially available systems are available in Sweden and Australia, but still under development in our country.

A serious injury sustained in a semi-truck collision can be life altering. Fatalities are also common when there is a large weight differential between vehicles. It is often difficult to uncover driver negligence following a crash. However, a comprehensive review of hours of service records and truck maintenance logs along with expert analysis by accident recontructionists or engineers can reveal fatigue, speed or a poorly maintained vehicle caused an accident.

Following a serious injury accident, your focus should remain on recovery or dealing with the loss of a loved one. Consult a personal injury attorney who can investigate causation and liability issues and ensure you receive a fair settlement.