To reach the gas deposits, exploration companies use a method called fracking. The process blasts large quantities of water, sand and chemicals deep underground. This breaks up rock formations releasing oil and gas. Much of the production takes place in Pennsylvania and West Virginia.

Companies exploring and drilling in the Marcellus Shale Field are aware of the explosion and fire risks, but sometimes skip safety measures in the pressure to get new wells producing. A recent fatal accident demonstrates the risks.

In a recent early morning incident in West Virginia, a contractor working at a gas well was fatally injured in a fracking explosion. The accident happened at an established well and was not a result of drilling. According to initial reports, the worker was checking fluid in water storage tanks. He was on a catwalk near a “400-barrel brine tank,” which held wastewater from the well drilling and production phase. The water is flammable, because it contains salts and petroleum-based constituents.

Investigators from the Department of Environmental Protection and Occupational Safety and Health Administration were on site. While it is not clear what caused the fracking explosion, this incident details the risks involved in storing wastewater.

Drilling sites are more prone to explosions and fires than producing wells. Some of the common risks in the drilling process include:

An explosion or fire can lead to very serious burn injuries. Burns vary in severity. A first-degree burn, for example, generally will only affect the outer layer if the skin. By contrast, the most serious second- and third-degree burns damage the outer layer of skin and the layers and tissues underneath.

These types of injuries can include blistering, scarring and in serious cases shock and even death. Infections are common after a burn, because of damage to the skin’s protective barrier. After the most serious burns, skin grafts may be needed.

Following any injury associated with the Marcellus Shale Field, it is important to contact a local personal injury attorney. Claims are complicated and oil and gas company insurance providers defend against injury claims. Having an experienced lawyer in your corner is a way to make sure that any settlement is in your best interests. 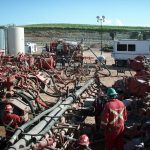 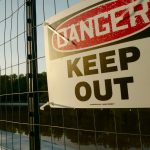