Zofran Defective Drug Lawsuits: What to do if You’ve Been Harmed by the Medication

By Amanda Gillooly
Posted October 12, 2015
In Defective Drugs, Defective Products
Zofran Defective Drug Lawsuits: What to do if You’ve Been Harmed by the Medication2015-10-122015-10-12https://pribanic.com/wp-content/uploads/2019/03/pribanic_pribanic_attorneys_in_pittsburgh_logo-01.pngPribanic & Pribanic | Pittsburgh Injury Attorneyshttps://pribanic.com/wp-content/uploads/2015/10/lossy-page1-303px-Prescription_medication_being_dispensed.tiff.jpg200px200px
1

If you follow news about defective drugs, you may have heard about a pharmaceutical company GlaxoSmithKline heading back to court over a prescription known as Zofran.

But soon enough, the drug maker found another demographic for the prescription drug: Pregnant women suffering from morning sickness.

The issue? Zofran had never been approved by the FDA as a treatment for pregnant women with morning sickness. And GlaxoSmithKline got into a fair amount of trouble over it. And, in 2012, the drug maker pleaded guilty to federal charges.

GlaxoSmithKline at the time agreed to pay $1 billion to settle its federal case, which included a criminal fine of more than $956,800. Additionally, the pharmaceutical company also agreed to pay an additional $2 billion to resolve its civil liabilities with the federal government related to the False Claims Act, as well as to the states.

But new allegations have arisen that will have GlaxoSmithKline in the confines of a courtroom once again.

According to news reports on the matter, at least 34 Zofran lawsuits have been filed in various federal courts, including the Northern District of Ohio, Eastern Division. A mother in Cleveland filed that suit, claiming that she took Zofran when pregnant with her son, and that the drug caused her unborn child to develop a large atrial septal defect.

In short: The myriad lawsuits accuse GlaxoSmithKline of marketing Zofran to pregnant mothers, and as well as compensating doctors to prescribe it to them to stave off morning sickness – resulting in millions of dollars in profit from the drug.

But do you have a defective drug claim?

When it comes to defective drug cases like these, a quality lawyer whose practice focuses on defective drugs can help a person answer a few questions related to legal liability, which would affect a potential claim.

When products manufacturers such as GlaxoSmithKline fail to take precautions such as the ones above, dangerous products such as Zofran enter the marketplace and put lives at risk. Drug manufacturers are legally responsible for ensuring their products are not only properly designed, but also adequately tested and safe for use.

The bottom line? Although proving defective drugs cases can be a challenge, the lawyers at Pribanic & Pribanic use all the tools at their disposal to help get their clients a successful outcome. Expert witnesses, diagrams, models and computer re-enactments are all used in defective drug cases in Pittsburgh, throughout western Pennsylvania and beyond.

If you or someone you love were seriously injured or died  as a result of a dangerous drug defect, call the Pittsburgh personal injury attorneys at Pribanic & Pribanic today to schedule a free initial consultation at 412-672-5444 or toll free at 800-392-4529.

Amanda Gillooly
Amanda B. Gillooly is an award-winning writer who has served as a beat reporter for various newspapers, as a news editor for Patch.com, as well as for the independent investigative reporting website Marcellus Monitor. She also served as an investigative reporter for The Innocence Institute of Point Park University. She is now the public relations specialist for the Canon-McMillan School District, and serves as a content specialist for the Pittsburgh nonprofit Pennsylvanians for Fair Elections, as well as Pribanic & Pribanic. She also is a political consultant specializing in social media implementation - most recently working on a successful Pennsylvania Senate campaign.
Comments 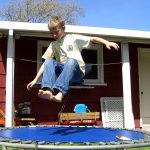 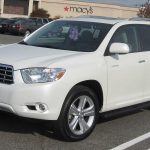 The Latest Toyota Recalls: Is Your Car Putting You In Danger?Defective Products