Kim Kardashian, and How Warnings Can Prevent Defective Drug Suits

If you’ve been keeping up with the Kardashians, you know that Mrs. Kanye West was involved recently in a flap involving a prescription drug, a selfie and the Food and Drug Administration.

The controversy erupted when Kim Kardashian snapped an Instagram selfie and posted about the wonders of prescription drug Diclegis, made by Duchesnay USA, which she is allegedly using to ward off morning sickness during her second pregnancy.

The only thing was: Kardashian, a paid spokeswoman for the company, neglected to include any information about the drug’s potential risks, as required by federal law.

While the FDA ordered the post removed, and Kardashian later re-posted a corrective ad with the proper warnings, it was a teachable moment – there is a reason such warnings must be prominently displayed: Even prescription drugs can be dangerous drugs with very serious, even life-threatening risks.

By law, drug manufacturers are liable for injuries or deaths associated with their products under a few circumstances – if it was a defective drug, or if it is deemed unreasonably dangerous.

While a dangerous drug defect could be caused by a manufacturing error or a design flaw, it could also be blamed on insufficient warnings to prospective patients about serious side effects.

With the Kardashian incident, Kim failed to mention specifically that the drug in question, while effective for morning sickness, needed to be taken with caution.

Not only was the drug not studied in women with a rare complication of pregnancy that spurs extreme morning sickness, it is also not recommended for women who are sensitive to other drugs. To top it off, there are also myriad warnings related to alertness when taking the drug.

By way of background, there have been thousands of lawsuits related to dangerous defective drugs and side effects that were not explained appropriately when marketed.

Just days ago, an Alabama mother filed suit against the makers of the drug Zofran, claiming that it caused her child to have serious birth defects. Hers was reportedly the 34th defective drug suit filed against the company regarding the drug.

If you have been harmed by a pharmaceutical or medical device, it is imperative that you consult an experienced lawyer about various laws and statutes that could affect your legal rights, as well as any legal claims. Only an experienced lawyer who understands the issues surrounding dangerous and defective drugs will be able to help you understand how the pharmaceutical or medical device companies will try to defend themselves in any lawsuit you may file against them.

If you or someone you love were seriously injured or died  as a result of a dangerous drug defect, call the Pittsburgh personal injury attorneys at Pribanic & Pribanic today to schedule a free initial consultation at 412-672-5444 or toll free at 800-392-4529. 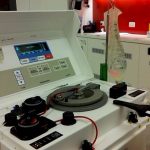 GranuFlo: What You Need to KnowDefective Drugs 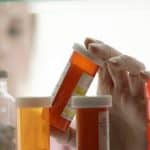