What You Need to Know About Pennsylvania Workers’ Compensation

A Philadelphia-area nurse is suing her former employers, claiming that she was wrongfully terminated from her position at the St. Francis Center for Rehabilitation and Catholic Health Group after she requested workers’ compensation and light duty following injuries to her wrists, knees and hips.

According to media reports related to the suit filed in U.S. District Court for the Eastern District of Pennsylvania, her employers did not accommodate her needs. Instead, the suit alleges that her employer treated her poorly, accused her of stealing medications and ultimately fired her.

Now, the nurse is demanding damages for both lost wages and benefits (and she is also demanding court and legal costs, to boot).

Sad but true: These kinds of workers’ compensation suits happen more often than one might think.

Here’s what you need to know about Pennsylvania’s workers’ compensation system and laws:

It’s important to note that these benefits are paid out to injured workers (or those suffering from an occupational injury) regardless of:

Workers’ compensation claims has its own court system complete with its own set of rules and regulations – ones that are best navigated by an experienced and skilled attorney. Because, unfortunately, the course of these claims (and associated payments) sometimes doesn’t run smooth.

In fact, sometimes valid claims are denied. At other times they require an attorney to help negotiate either a lump sum settlement or structured settlement on behalf of the injured worker. In some situations, a legal claim can also be made against other companies, corporations or individuals that caused the workplace injury or occupational injury.

But things get even more complicated when it comes to settlements – both lump-sum and structured ones. Sometimes it’s necessary, for example, to consider what is known as a Medicare Set-aside account.

Still unsure about how it all works?

If you or someone you care about is suffering from a workplace injury or an occupational injury and you need help navigating Pennsylvania’s workers’ compensation system, call the Pittsburgh workers compensation lawyers at Pribanic & Pribanic at 412-672-5444 or toll-free at 800-392-4529 today for a free consultation of your claim. 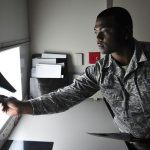