So You Thought Women Had Equal Rights In The U.S. – Guess Again

In honor of Mother’s Day, Pribanic & Pribanic would like to extend a warm THANK YOU to all the grandmothers, mothers, caregivers, and mothers-to-be everywhere. Where would we be without YOU?

Women make up just over half of our population. And though our mothers, sisters and daughters have more rights today than they have before, the truth is that women still do not have equal constitutional rights in the United States.

In 1923, an amendment to the U.S. Constitution written by suffragist Alice Paul and lawyer Crystal Eastman was introduced in Congress for the first time. Since then, the Equal Rights Amendment, which guarantees equal rights for all citizens regardless of gender, has been on a roller-coaster of support and opposition.

By 1972, the Equal Rights Amendment (ERA) had passed both houses of Congress and was sent to the states for ratification. By 1977, the ERA received 35 of the 38 state ratifications it needed to become law.

But as of today, the amendment still has not passed.

Over the past few years, the push for ratification of the ERA has been reinvigorated. In March, Nevada became the 36th state to ratify the ERA – the first state to do so in more than 40 years.

If you’d like to learn more about the ERA and what you can do to help secure equal rights for women, there are many organizations ready to help, including groups like the ERA Coalition and ERA Education Project.

At Pribanic & Pribanic, we have fought on behalf of women over the years in a variety of worker’s compensation, personal injury, medical malpractice, negligence and other legal cases.

If you or a woman in your life has been treated unfairly and needs legal advice, feel free to call us for a free consultation anytime at 1-800-392-4529. 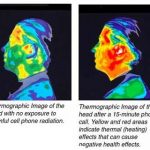