A Mechanicsburg whistleblower has won $3.2 million in a wrongful termination lawsuit against the Pennsylvania Turnpike Commission (PTC).

The Commission could appeal the Commonwealth Court’s decision, but that would be an even bigger stain on the commission’s reputation after firing and then fighting whistleblower Ralph Bailets in court.

Between 2004 and when he was fired in November 2008, Bailets shared many concerns with PTC about problems with Ciber, Inc., the commission’s computer services contractor.  At the time, Bailets didn’t know that Ciber had earned preferred status among PTC leadership with bribes and campaign contributions before landing a large computer networking contract in 2005.

Years after firing Bailets for pointing out flaws in Ciber’s payment scheme, the commission ended up suing Ciber for over $45 million for fraud, alleging the company created an overbilling scheme for what ended up being a faulty system.

Bailets revealed during testimony earlier this year that he was warned “making waves” with Ciber and PTC could damage his career.  But he didn’t let up – whistleblowers rarely do.

A whistleblower “is a person who exposes any kind of information or activity that is deemed illegal, unethical, or not correct within an organization that is either private or public.”

In Pennsylvania, The Whistleblower Law protects employees of any “public body” which is an employer who has received funding from or through state government or a political subdivision.

While this includes more obvious entities like counties, cities, townships, school districts and public service agencies, private entities like medical facilities and even trucking companies can be considered a “public body” employer if they’ve received even one dollar of funding from development grants, tax credits, and more.

But you don’t have to be a whistleblower to file for lawsuit against a former employer for wrongful action.

Though Pennsylvania is a fire “at-will” state, which means an employer can fire you for any reason, at any time, there are limits to that freedom. Wrongful termination includes discrimination as well as violations of public policy and breach of contract. 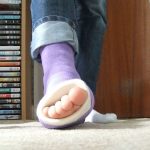 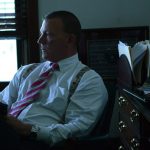