Pittsburgh’s 11th annual BikeFest 2015 – touted as a celebration of “all-things-bicycling” in the ‘Burgh – is slated to begin Aug. 21, and the personal injury lawyers at Pribanic & Pribanic want to remind bike enthusiasts and motorists alike to exercise caution on the road.

Statistics indicate there has been an increase in bicycle fatalities and injuries both nationally and right here in the Keystone State.  According to the Governor’s Highway Safety Association’s Spotlight on Bicylce Safety, the number of bicyclist deaths jumped about 16 percent between 2010 and 2012 while the number of motor vehicle fatalities rose just 1 percent during that same two-year period.

The Governor’s Highway Safety Association report also indicated that bicycle fatalities is largely an urban problem, where about 69 percent of all cyclist deaths happen. That’s a 19 percent jump since 1975, and an increase researchers attribute to the popularity of commuting to work via bike.

Injuries and fatalities stemming from bicycle accidents has also increased in Pennsylvania over the last decade.

According to 2010 Pennsylvania Crash Facts and Statistics, there were 13 bicycle crash fatalities, and 1,310 injuries in 2006. In 2010, 21 bicycle fatalities were reported, along with another 1,474 injuries.

Just this month alone there have been at least two tragic bicycle crashes in the Pittsburgh region.

Police said a cyclist suffered “significant injuries” after being struck by a vehicle Aug. 6 at Jordan Street and state Route 51 in South View. He was flown to a Pittsburgh hospital for treatment of unknown injuries.

On Aug. 6, a teenager riding a bicycle in East Liberty when he was stuck by a vehicle, which allegedly then fled the scene. The 16-year-old was taken to a Pittsburgh hospital for treatment of injuries suffered during the hit-and run crash, which occurred at the intersection of North Highland Avenue and East Liberty Boulevard.

Here are five tips to keep safe during Pittsburgh’s BikeFest 2015: 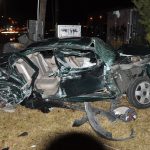 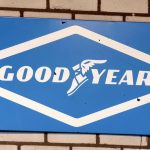