Article Update: Uber announced on Monday, three days after the initial accident, that its self-driving fleet would be back on the road.

You’ve probably seen Uber’s self-driving vehicles roaming Pittsburgh – the ones with spinning devices on the roof.

But after a car crash in Arizona involving one of its self-driving SUVs over the weekend, the tech firm Uber has pulled its driverless car feet from Pittsburgh streets indefinitely, after only six months of road trials.

Fortunately, no injuries were reported in the California crash. Besides the human toll any injuries might have entailed, the company can’t afford further scandal after a series of others, including sexual harassment allegations and a recent anti-Uber campaign that lost the company hundreds of thousands of users.

Pittsburgh Mayor Bill Peduto has also been critical of Uber’s Advanced Technologies Center (ATC) in Pittsburgh in recent months, alleging that the working relationship agreed upon between the company and the city has become more of a “one-way” street.

As for Uber, the company reveals its hope for driverless car technology on its website, which ironically includes a claim that the automated vehicles will reduce car accidents:

“1.3 million people die every year in car accidents — 94% of those accidents involve human error. In the future we believe this technology will mean less congestion, more affordable and accessible transportation, and far fewer lives lost in car accidents…we’re focused on getting the technology right and ensuring it’s safe for everyone on the road — pedestrians, cyclists and other drivers.”

What happens next for Uber remains to be seen.

In the meantime, the company will need to address the public’s concerns before it resumes testing of its new technology on our city’s roadways.

If you or a loved one has been hurt in a car accident, contact the experienced personal injury lawyers at Pribanic & Pribanic for a free consultation. Use our online form or call toll free at 1-800-392-4529.

Correction: an original version of this post incorrectly stated the crash which halted self-driving vehicles happened in California, but it had occurred in Arizona. 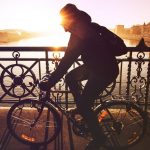 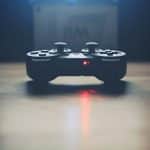