By Pribanic & Pribanic
Posted July 5, 2015
In Securities Litigation, Workers Compensation
Congressional action needed to prevent cuts in disability benefits2015-07-052016-01-07https://pribanic.com/wp-content/uploads/2019/03/pribanic_pribanic_attorneys_in_pittsburgh_logo-01.pngPribanic & Pribanic | Pittsburgh Injury Attorneyshttps://pribanic.com/wp-content/uploads/2015/07/689px-US_Capitol_dome_Jan_2006.jpg200px200px
0
Social Security, also known as the Old-Age, Survivors and Disability Insurance Program, provides monetary benefits to those who are unable to work. This includes disabled individuals. However, the life-support so many disabled individuals rely on may soon be in jeopardy.

According to a recent report released by the trustees overseeing the OASDI, the Social Security trust funds used to pay benefits are experiencing deficits. Unless Congress comes up with a plan and takes action, the fund that allocates support to disability beneficiaries is expected to run dry by 2016. Trustees indicate that beneficiaries can predict a 20 percent reduction in their benefits if the government fails to act.

As of 2012, there were roughly 11 million disabled workers or dependent receiving benefits.

Currently, the OASDI has two separate trust funds: one that pays out benefits to retirees and another fund that supports disabled individuals. Data reveals that the retiree trust fund will remain flush for the next 20 years. Some argue that borrowing from that fund to subsidize the disability fund is a good solution. However, opponents of this idea argue that this route is not a feasible option.

First, current law prohibits the two funds from being combined. And even if they could be merged, opponents argue that the balance would still be in the red. It’s essentially an illogical solution where the U.S. is essentially borrowing from Paul to pay Peter. One of the board trustees agrees and said that “siphoning money away from retirees later, at a time when that system will need funds” is a bad idea.

Jacob Lew, Treasury Secretary, says that a bipartisan solution to support both funds will be what’s needed. However, given the lack of joint support between democrats and republicans in the past, it’s unknown whether a solution will happen in the near future.

In the meantime, disabled individuals are left to wait and hope for a positive outcome. However, it’s likely Congress will come together to create a solution before any cuts are implemented.

If you or a loved one are disabled and cannot work, consulting with an experienced Social Security Disability lawyer is advised. Your lawyer can explain the process and options available. 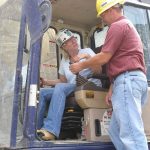 Settlements: Getting The Workers’ Comp You DeserveWorkers Compensation