Hoverboards were one of this year’s hottest wish-list items, but they also made headlines in the waning days before Christmas because of mounting safety concerns, as well as some highly publicized instances of riders suffering personal injuries after use.

Saturday Night Live even did a parody video about how dangerous this year’s ‘it-toy’ is.

Need an FAQ about hoverboards before we go further? Here goes: Hoverboards are skateboard-esque two-wheeled, battery-operated machines that can operate at speeds of up to 10 mph. A user places one foot on each site of the machine, and uses pressure applied to the foot pads on either side of the board to control.

But according to the non-profit watchdog group Consumer Reports, instances of personal injuries by users prompted an outright ban of the machines throughout the United Kingdom, as well as on the streets of New York City.

According to Consumer Reports:

Myriad news stories have been written about hoverboard injuries, which include head trauma from falls that could cause:

Consumer Reports tested the machines, and found that they were “almost too responsive” – and that even the tiniest obstruction (think of a small stone on or bump in a sidewalk)—can make the user shift his weight. Even that slight shift, the nonprofit reported, could spur the wheel on one side to speed up or slow down, causing the hoverboard to turn unexpectedly.

We reported recently that another trending gift item, vape pens, were being blamed for people suffering personal injuries from their batteries exploding during or after they were charged.

The hoverboard may also present a fire risk: Media reports indicate that fires have been attributed to the machines while they are charging (customers are actually urged to report any or issues involving the electrical components—such as shocks, overheating or fires—to saferproducts.gov).

For that reason, taking special care when charging a hoverboard is just one of many recommendations Consumer Report made regarding the toy. Other recommendations included:

We hope that if you or your child received a hoverboard for Christmas, or plan to purchase one in the coming weeks or months, be aware that even one ride can result in a severe personal injury.

If you or someone you care about suffered severe personal injuries as a result of riding a hoverboard, call the experienced attorneys at Pribanic & Pribanic at 412-672-5444 or toll free at 800-392-4529 for a free consultation. 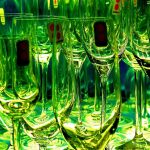 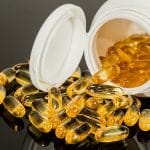