When products fail results can be deadly, and sometimes it can take years for the legal process to play out so that victims in these product-liability cases can have their day in court.

Fortunately, the Yingling family of Bedford County might not have to wait that long.

The product liability lawyers at Pribanic & Pribanic filed a wrongful death lawsuit against General Motors on behalf of the family of James E. Yingling III – a man killed in a November 2013 one-vehicle crash in Pennsylvania. It has been selected as one of six bellwether trials in the U.S. District Court for the Southern District of New York.

That means that Pribanic & Pribanic’s lawsuit against the automaker giant General Motors will be among the first to proceed to trial following the company’s extensive recall of faulty ignition switches in more than a million Cobalts, Saturns, and other vehicles.

The Yingling case, filed in the United States District Court for the Western District of Pennsylvania and moved to the Southern District of New York in Manhattan, is believed to be the first wrongful death or injury action filed in Pennsylvania against the automaker relating to the defective ignition switch.

Wrongful death/product-liability lawsuits are tragic, and the Yingling family’s story is no different.

Mr. Yingling’s wife, Nadia, called Pribanic & Pribanic following the crash that claimed the life of her 35-year-old husband – asking if it was possible that a faulty ignition switch on the Saturn he was driving may have been responsible for the fatal accident.

She told Pribanic & Pribanic that her husband had been operating the family’s 2006 Saturn Ion in November 2013 when he approached a “T” intersection a few miles from their Bedford County home during his commute to work.

As Mr. Yingling approached the 90-degree curve in the roadway, he inexplicably lost control of the 2006 Saturn Ion, which left the roadway and crashed into a deep ditch. Mr. Yingling – a proud father of five children – suffered a severe brain injury that caused his death just two weeks later. The Saturn’s air bags did not deploy during the crash.

Mrs. Yingling became aware of GM’s massive recall the following May, and reached out to our Pittsburgh product liability attorneys for help.

Although months had passed between Mr. Yingling’s death and news that there were serious problems with GM’s ignition switches, attorney Victor Pribanic traveled to Bedford, and with the help of a professional engineer, managed to track down the Yingling family’s 2006 Saturn Ion, gaining access to the SDM (which is colloquially known as a vehicle’s black box).

According to diagnostic information from the black box, Mr. Yingling’s engine stopped abruptly before the crash, causing him to lose power steering, brakes and control of the vehicle. An RPM reading of zero was recorded before the crash. The vehicle’s airbags did not deploy and could not protect Mr. Yingling – who was wearing his seat belt – from suffering traumatic and fatal brain injuries.

The Yingling family is just one of hundreds who have filed suit against GM for accidents allegedly caused by faulty ignition switches – pieces of equipment the company knew were flawed for years but took no action to correct – putting thousands of drivers and their families and friends in danger.

James Yingling died long after GM should have revealed the defects in a car that should have been repaired by the company years before this event.

Luckily, Pribanic & Pribanic’s personal approach to product liability and wrongful death lawsuits helped ensure that the evidence in the case – the 2006 Saturn Ion – was discovered and preserved for use at trial.

If you or someone you love suffered a severe brain or other injury, or died in a car crash that you believe was caused by a faulty vehicle, call the Pittsburgh personal injury attorneys at Pribanic & Pribanic today to schedule a free initial consultation at 412-672-5444 or toll free at 800-392-4529.

Editor’s Note: Not clear on what an ignition switch does? Here’s a primer: The GM ignition defect involves multiple models and model years and causes a driver to lose steering capacity and braking capacity. It also causes a failure of the airbags in spite of significant frontal damage to the vehicle if the motor turns off – which it does far too easily. That combination almost guarantees a serious crash and serious injury or death to the operator. 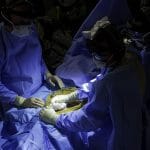 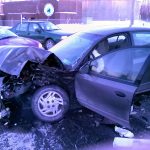