This Surgery App Reveals Good vs. Bad Surgeons Near You

No one wants to have surgery.

But in the event you can’t avoid it, one of the most important factors for a successful operation is being kept free from germs or pathogens that can enter your body and cause infection.

In Pittsburgh, some patient deaths at UPMC hospitals due to surgical infection have ended in million dollar settlements.

There are several other complications that can arise during or after surgery.  According to an investigation by ProPublica last year, it’s far more important to choose the right surgeon, not just the right hospital.

Anyone using the Surgeon Scorecard app can enter their location or a name of a specific surgeon or hospital and search ProPublica’s database for regional statistics.

According to ProPublica’s report, “many hospitals don’t track the complication rates of individual surgeons and use that data to force improvements.  And neither does the government.”

The report went on to share a scary summary of findings:

“Hundreds of surgeons across the country had rates double and triple the national average.  Every day, surgeons with the highest complication rates in our analysis are performing operations in hospitals nationwide.

“Subpar performers work even at academic medical centers considered among the nation’s best.”

Recent studies estimate about 200,000 people die from complications with their medical care in America every year.  If you’re faced with surgery, make every effort to research available surgeons before putting your health and well-being in their hands.

If you believe you or a loved one has suffered illness or injury due to surgical error, call the award-winning Pittsburgh medical malpractice lawyers at Pribanic & Pribanic for a free consultation at 1-800-392-4529. Our in-house medical advisors are ready to help. 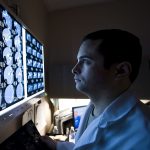 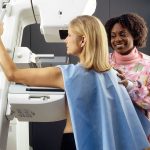 Misdiagnosis is a Leading Cause of Breast Cancer MalpracticeMedical Malpractice