A massive national recall of air bags by manufacturer Takata is back in the news this month, as the National Highway Traffic Safety Association held a public meeting Oct.  22 to discuss the air bag recall and the association remedy program.

For those who haven’t been following along at home: Takata, a manufacturer of air bag inflators, agreed in May to a national recall of certain types of driver and passenger side air bag inflators that were made with a propellant that may degrade over time, and which has led to ruptures – expanding the number of vehicles to be recalled for defective air bag inflators to about 34 million.

At that time the Department of Transportation’s NHTSA issued a consent order to Takata that required the company to cooperate in future regulatory actions and investigations undertaken by the agency. The NHTSA also announced it would begin a formal legal process to organize and prioritize the replacement of defective air bag inflators manufactured by the Takata.

The recall is so far-reaching that the Department of Transportation has even established a new website to provide regular updates on the status of the recall and the process by which the Takata will be forced to make those defects right.

What’s causing the defective air bag inflators? Analysis from the NHTSA indicate that moisture infiltrating the defective inflators over extended periods of time could be a factor. That’s because over time, moisture causes the structure of the chemical propellant that ignites when an air bag deploys to change.

In those instances, the propellant ignites too quickly, and produces too much pressure, which causes the air bag inflator to rupture, sending shards of metal into vehicle – which could lead to traumatic injury and even death.

This past June, the NHTSA announced that vehicle owner were able to use an NHTSA look-up tool to determine if their cars are affected by the far-reaching defective air bag inflator recall. Vehicles from 12 automakers were affected by the recall.

Then, just last month, the NHTSA released an updated list of all makes and models effected by the Takata defective air bag inflator recall.

In fact, just last week, automaker giant General Motors announced that it was recalling more than 400 vehicles because of defective side air bag inflators could rupture and send metal shrapnel into those in the vehicle.

Drivers should be sure to check the website to ensure that their vehicles are not included in the Takata defective air bag inflator recall.

If you or someone you love suffered a severe brain or other injury, or died in a car crash that you believe was caused by a defective air bag produced by Takata, call the Pittsburgh personal injury attorneys at Pribanic & Pribanic today to schedule a free initial consultation at 412-672-5444 or toll free at 800-392-4529. 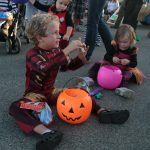 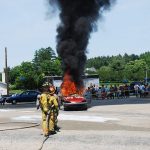