In the 1960’s, the young Ralph Nader came into his initial fame by advocating for greater oversight of the automobile industry due to the increase in rollover accidents.

The rate of rollover accidents in the United States initially increased alongside the popularity of sport utility vehicles (SUVs) and sports cars, but a series of safety standards implemented in the decades since Nader’s call for consumer protection have brought the incident rates among SUVs closer to the rollover rates for other types of vehicles.

Still, narrower and taller vehicles with a higher center of gravity are more prone to rollover in a single-vehicle accident than other models.

Just last month, in November, a driver in Mesa, Arizona suffered serious injuries after being ejected from his vehicle during a rollover crash.

In August, a 21-year old Massachusetts man was killed in a rollover crash on I-95.

And in Colorado, a Jeep with four people reportedly skipped a stop sign and collided with a truck this past September, resulting in a rollover that led to one fatality and the hospitalization of three others.

The circumstances of these cases vary, but they are all reminders that rollover crashes account for about 30% of all passenger fatalities in car accidents.

After years of unfortunate accidents and subsequent research, car manufacturers have no excuse for not using the best available technologies to keep passengers safe. When they don’t, they are liable for damages from a rollover accident injury or death.

If you or a loved one has been injured or killed in a rollover accident, contact the personal injury lawyers at Pribanic & Pribanic. With over 20 years of experience, we have medically-trained staff available for your free consultation. Call today, toll free at 1-800-392-4529. 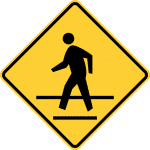 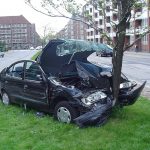 Did Another Driver’s Negligence Cause Your Car Accident?Motor Vehicle Accident