Robotic Surgery Mishaps Can Lead to Injury or Death

Remember when you were a kid and robots were that could take the place of humans were a dream of the future? Well, for the past decade, robots have started to take the place of surgeons in several types of surgical medical procedures, including hysterectomy, kidney and lung surgery, and head and neck procedures.

However, BBC reported that a study into the safety of surgical robots over a 14-year period in the US has linked the machines’ use to at least 144 deaths and more than 1,000 injuries during medical malfunctions that include “broken instruments falling into patients’ bodies, electrical sparks causing tissue burns and system errors making surgery take longer than planned.”

The study also states, “Despite widespread adoption of robotic systems for minimally invasive surgery, a non-negligible number of technical difficulties and complications are still being experienced during procedures.”

If you or a loved one have been injured or harmed by a surgical robot procedure, by a da Vinci surgical system or any other, contact the award-winning product liability lawyers and medical malpractice attorneys at Pribanic & Pribanic. 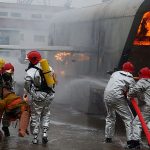 What Compensation Exists In The Event of an Airplane CrashDefective Products, Personal Injury 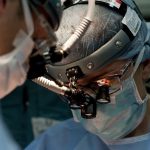