A wrongful death lawsuit filed by Pribanic & Pribanic against General Motors on behalf of the family of James E. Yingling III was recently selected to be the first of the ignition switch defect cases to trial in the United States District Court for the Southern District of New York.

The GM ignition defect involves multiple models and model years and causes a driver to lose steering capacity and braking capacity. It also causes a failure of the airbags in spite of significant frontal damage to the vehicle if the motor turns off – which it does far too easily. That combination almost guarantees a serious crash and serious injury or death to the operator.

The Estate of James E. Yingling III v. General Motors, which is believed to be the first wrongful death or injury action filed in Pennsylvania against the automaker relating to this defective ignition switch, will go to trial Jan. 11, 2016.

Mr. Yingling, a proud father of five children, suffered a severe brain injury in a November 2013 crash. He lost control of the 2006 Saturn Ion he was driving to work, crashing into a ditch during his work commute. He died two weeks later from his injuries.

Following General Motor’s recall the following May, Mr. Yingling’s wife, Nadia, reached out to the personal injury lawyers at Pribanic & Pribanic, who were able to recover the vehicle and determine through the 2006 Saturn Ion’s diagnostic system that Mr. Yingling’s engine stopped abruptly before the crash, causing him to lose power steering, brakes and, ultimately, control of the vehicle. An RPM reading of zero was recorded before the crash, and the car’s airbags failed to deploy.

The Yingling family is among hundreds of folks who filed suit against GM for the deaths and injuries of loved ones they believe were the result of defective ignition switches that the company knew were flawed for years but took no action to correct.

According to media reports, General Motors has, as of July 15, paid $280 million to victims of GM ignition switch crashes. According to those reports, 181 lawsuits alleging GM’s defective ignition switches caused injury or wrongful death are currently pending.

But that’s not all: Another 121 cases are pending against GM related to damage allegedly caused by the defective ignition switches.

All told, it’s been estimated that General Motors will ultimately spend almost $650 million to settle its cases related to the defective product.

But General Motor’s troubles related to the recall of its ignition switches – and injuries, deaths and vehicle damages they allegedly caused – aren’t the only legal problems plaguing the automobile making giant.

The Wall Street Journal reported this past May that federal prosecutors are expected to file criminal charges against General Motors over the defective ignition switches and the associated recall of millions of vehicles. GM is also reportedly being investigated by myriad state attorney general’s offices.

If you or someone you love suffered a severe brain or other injury, or died in a car crash that you believe was caused by a faulty vehicle, call the Pittsburgh personal injury attorneys at Pribanic & Pribanic today to schedule a free initial consultation at 412-672-5444 or toll free at 800-392-4529. 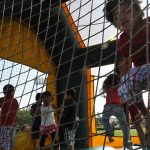 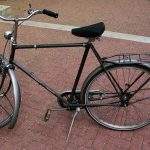