By Pribanic & Pribanic
Posted July 5, 2015
In Personal Injury
Pittsburgh pedestrian accident and remedies available2015-07-052016-01-07https://pribanic.com/wp-content/uploads/2019/03/pribanic_pribanic_attorneys_in_pittsburgh_logo-01.pngPribanic & Pribanic | Pittsburgh Injury Attorneyshttps://pribanic.com/wp-content/uploads/2015/12/alarm-959592_1280.jpg200px200px
0
The design of many Pittsburgh roadways focuses on motor vehicle traffic. For pedestrians and cyclists this can create dangerous situations, especially when drivers fail to watch for those on foot or bike. Walking at dusk or during the long winter nights also reduces visibility and can increase the odds of a serious injury accident.

A recent Pittsburgh pedestrian accident shows the dangers for those on foot after dark.

Details of the recent accident

The January accident injured three pedestrians on the South Side. The accident occurred at approximately 10:30 pm at the intersection of East Carson Street and Birmingham Bridge. A woman suffered neck and back injuries and another companion sustained abdominal injuries. The injured were taken to area hospitals.

Several individuals in the car also reported minor injuries. Police closed the road, so that accident reconstruction specialists could investigate the cause of the crash. Often in these types of cases, the investigation could lead to criminal charges if the driver of the vehicle was impaired or violated some other traffic law.

Pedestrian accidents often result in serious injuries to those on foot without the protection of vehicle safety systems. Depending on speed, the force involved in a collision can even prove fatal for the pedestrian.

According to the National Highway Traffic Safety Administration, more than 4,000 people were killed in pedestrian accidents and another 70,000 were injured across the country in 2010. In Pennsylvania, there were 145 pedestrian fatalities. The following tips can help you stay safe when walking near busy roadways.

If you or a family member were injured in a pedestrian accident, contact an experienced personal injury lawyer. After reviewing the details of your case, an attorney can assist in holding a negligent driver responsible and may be able to obtain compensation for your medical expenses, lost wages and pain and suffering. 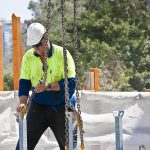