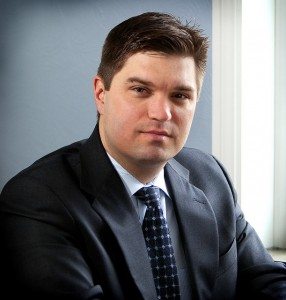 Matthew Doebler is trial attorney who gained much of his courtroom experience as a prosecutor in New York City. As a Senior Assistant District Attorney in Brooklyn, Matthew tried cases ranging from arson to attempted murder coming out of some of America’s most dangerous police precincts.

Before serving as an ADA, Matthew was an associate at the Law Office of Larry Silverman in Manhattan, where he focused on federal white collar criminal defense. That experience culminated in a four-week jury trial in the Southern District of New York.

After almost 10 years in New York, Matthew returned to Pittsburgh, where he was born and raised. As an attorney with Pribanic & Pribanic, Matthew tries all manner of civil and criminal cases. He has sued Pfizer, Motorola, and the United States government. He has defended criminal cases ranging from public intoxication all the way up through felony assault.

Outside of the courtroom

Matthew is deeply involved in community and social organizations. He is an elected Commissioner of Aleppo Township, where he has been selected as the President of the Board of Commissioners. He also serves on the Board of Directors of the Quaker Valley Council of Governments. Finally, he is a Ruling Elder of Sewickley Presbyterian Church, where he serves on several committees and regularly engages in community service.