When it comes to protecting Pennsylvania seniors from the dangers of nursing home abuse and nursing home neglect, a national watchdog group said the Keystone State is failing.

In fact, the national advocacy group, Families for Better Care, said Pennsylvania will get an F in report in a nationwide report that is expected to be released soon. For those following along, this is the second time Pennsylvania’s rating was downgraded – it went from a C to this year’s impending F.

In a new report, a Families for Better Care official said that not only is Pennsylvania failing when it comes to elder abuse and elder neglect issues, it is distinguished as one of the only states in the union that is stuck in a downward trend.

By way of background, elder abuse and neglect is an issue nationally. How big an issue? Consider this: according to the National Center on Elder Abuse, one in 10 seniors reported having been abused in the past year.

Here’s another staggering statistic from the group: about 95 percent of nursing home patients surveyed said they’d been neglected or had seen another resident being neglected.

According to the recent news report, staffing is seemingly the difference among states that got good grades and those that got poor ones from the advocacy group this year. Families for Better Care says that’s because more staffing generally equates to fewer problems and fewer patients having unmet needs.

Take this analysis from ABC27:

The nursing home abuse attorneys at Pribanic & Pribanic are – and have long been – committed advocates for elders and their loved ones. Over the years, we have handled myriad nursing home abuse and neglect cases for clients hailing from the Pittsburgh area, as well as for folks throughout Pennsylvania and even nationwide.

This is what we know from our experiences in that role: Nursing homes defend against personal injury lawsuits very aggressively. They have expensive lawyers and employ the assistance of expert witnesses to help win their cases.

We can’t stress this enough: If you or someone you know are pursuing a personal injury lawsuit against a nursing home on behalf of an injured loved one, it is of the utmost important to have a skilled, experienced nursing home neglect lawyer on your side.

If you are considering taking legal action or filing a personal injury lawsuit, don’t go it alone. Call our nursing home abuse attorneys at Pribanic & Pribanic today at 412-672-5444 or toll-free at 800-392-4529 to schedule a free consultation of your claim. 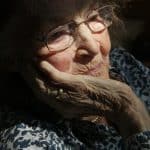