By Pribanic & Pribanic
Posted July 5, 2015
In Fracking Injuries
New fracking study calls for closer monitoring of pollutants from Marcellus Shale Field2015-07-052019-04-16https://pribanic.com/wp-content/uploads/2019/03/pribanic_pribanic_attorneys_in_pittsburgh_logo-01.pngPribanic & Pribanic | Pittsburgh Injury Attorneyshttps://pribanic.com/wp-content/uploads/2015/10/1024px-Frac_job_in_process.jpg200px200px
0
Members of the Southwest Pennsylvania Environmental Health Project, a nonprofit based near Pittsburgh, has surveyed data regarding exposure to toxins and pollutants from the fracking process currently underway on the Marcellus Shale Field. The new study, published recently in the journal Reviews on Environmental Health, suggested that air quality varies significantly even in the span of one day near drilling sites – often to unhealthy levels.

People living near Marcellus Shale have reported symptoms such as nausea, abdominal pain, breathing difficulties and nosebleeds. These symptoms are consistent with exposure to toxic pollutants in the air created from fracking.

Fracking is the process of using hydrolic fracturing to break apart rock and obtain the natural gas contained within it. The pollutants released from the process vary widely depending on equipment malfunctions, maintenance of drilling equipment and weather conditions at any given moment. Each step in the process, from drilling and fracking to production and processing, has the potential to release toxic pollutants.

Currently, regulators assess air quality near fracking sites over the long-term, often testing the air several days apart and then averaging the number to reach an overall result. This could lead to unaware citizens breathing in pollutants because of temporary danger posed by pollutants.

That is not to say measuring the long-term air quality is unimportant. Professor Stuart Batterman, of the School of Public Health at the University of Michigan, told McClatchy DC News that pollutants like benzene and other particulate matter released by fracking can cause long-term consequences like cancer that are not discoverable until years after exposure.

Short-term effects, such as headaches and skin rashes, are also a problem for central Pennsylvania residents. Beth Weinberger, co-author of the new study, found that 14 homes near drilling sites had “very high levels” of particulate matter more than 30 percent of the time.

The study concluded that current air quality measurement standards are inadequate and not good for public health protection. As a result, many people experienced “peak exposure” near fracking sites. The authors proposed three methods to improve air quality testing:

For Pennsylvania residents who have experienced health concerns or environmental pollution because of fracking, legal options are available. When a drilling company negligently releases toxins that will affect nearby homes, that company is liable for the harm it causes. Concerned Pennsylvania residents should contact an experienced personal injury attorney to discuss their case. 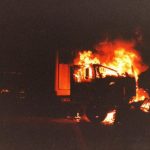