As the season to be merry continues with New Year’s Eve celebrations this weekend, the personal injury attorneys at Pribanic & Pribanic wanted to not only wish you a happy holiday season, but also share some sobering statistics on what is widely considered the most alcohol-fueled night of the year.

It goes without saying that DUI-related crashes can destroy lives. The personal injury attorneys at Pribanic & Pribanic know all too well: Over the years we have been called upon to represent folks who were injured or represent the estates of those who were killed in alcohol-related motor vehicle accidents.

Despite the many television PSAs demonizing the act of drinking and driving that air this time of year, and any number of news reports announcing beefed-up DUI patrols and enforcement efforts, we believe the best way to prevent drunk driving is to be prepared.

If you want to have a drink (or more) with family and friends on New Year’s Eve or New Year’s Day, some simple pre-planning could save you untold hassle and even heartbreak.

Here are a few safety tips:

Know your limit – It sounds simple, but years of dealing with alcohol-related motor vehicle accidents has taught us this: People generally do not understand how alcohol is metabolized. In Pennsylvania, you are considered intoxicated and unable to safely operate a car when your BAC is .08 percent or more. While your BAC is largely dependent on the type of drinks you’ve consumed, your body chemistry and more, here’s a good rule of thumb: One drink (one beer, 4 ounces of wine or one ounce of liquor) equals a .02 percent increase in your BAC. If you know that you’ve imbibed more than a couple drinks, simple math will reinforce that you likely are not safe to get behind the wheel.

Get someone else to drive you home – This isn’t the New Year’s Eve in Pittsburgh of your youth, when summoning a cab on the South Side resulted in an hours-long wait (if you could get one at all). These days, all those Yellow Cabs are supplemented by ranks of Uber and Lyft drivers. Do yourself a favor: Pre-plan a ride, bookmark phone numbers for cab companies and download the apps for Uber and Lyft. There’s always the tried and true method of selecting a designated driver, too.

Get someone to take you AND your car home – For people who say, “But I already drove here, I don’t want to deal with going to pick my car up in the morning,” we suggest calling Pear Transportation Co. The company touts itself as the only one in the Pittsburgh that will transport both you and your car home. You don’t want to take a chance and end up causing a motor vehicle accident that could change both your life and that of your fellow drivers.

Prepare the spare room and couches – If you are hosting a holiday party, look out for your guests. Make sure your guests know before they start imbibing that there is space in an extra bedroom or couch for them to stay if they drink one too many. A little pre-planning early can prevent everything from a DUI arrest to an alcohol-related motor vehicle accident.

In short: Be merry, but be smart.

And while we hope you won’t need us, if you or someone you love was injured in an alcohol-related motor vehicle accident, or who was killed in an alcohol-related motor vehicle accident, call the personal injury attorneys at Pribanic & Pribanic to schedule a free initial consultation by calling 412-672-5444 or toll-free at 800-392-4529. 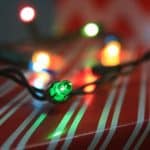 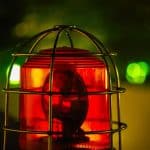