GM Recalls 1.4 Million Automobiles with Defect that Could Cause Fire Risk

The Internet exploded recently with news that automaker giant General Motors had yet again issued a safety recall – this time of about 1.4 million older vehicles to fix an automobile defect the company has said may cause a potential fire risk.

According to myriad media reports, GM recalled the vehicles because they might be prone to leaks that could allow oil to come into contact with the vehicle’s hot elements (think exhaust manifold).

The announcement was déjà vu for folks who have been following GM’s various safety recalls because of automobile defects defective over the years – three of which were nearly identical to the one issued Oct. 26.

Back in 2009, GM had recalled another 1.5 million vehicles for a similar issue – an automobile defect where oil dripped onto the exhaust manifold. Potentially, the oil could combust in these cases, which would set the plastic spark plug wiring on fire.

According to reports, the issue came to the forefront after two federal regulators received complaints about smoke and fire in some Jeep models. Despite the concerns, the company has indicated that there have been no reported injuries or fatalities stemming from the automobile defect.

And that’s not all.

In addition to that most recent safety recall, the company also announced the recall of more than 88,000 Ram pickup trucks – most of which are in North America, but still at the dealers – because the rear axle shafts could break and cause a wheel to separate.

That’s to say nothing of another October recall by General Motors – this one related to the national Takata air bag inflator recall.  In response to the Takata recall, General Motors announced it was recalling more than 400 vehicles because of defective side air bag inflators could rupture and send metal shrapnel into those in the vehicle.

If you own a General Motors vehicle, you can see for yourself if yours has been affected by the most recent recall by visiting the National Traffic Highway Safety Administration website by clicking here.

If your vehicle is affected by this or any General Motors safety recall, the personal injury attorneys at Pribanic & Pribanic encourage you to have the defective automobile fixed as soon as possible.

The attorneys at Pribanic & Pribanic have seen first-had the damage that a defective automobile can cause.

Our personal injury attorneys have fought for the rights of clients who suffered seriously injury, or who were killed in accidents that were caused by defective automobiles or defective products.

In fact, our personal injury lawyers have filed a wrongful death against GM on behalf of the family of James E. Yingling III – and it was recently selected to be the first of the ignition switch defect cases to go to trial in the U.S. District Court for the Southern District of New York.

Mr. Yingling, a proud father of five children, suffered a severe brain injury in a November 2013 crash. He lost control of the 2006 Saturn Ion he was driving to work, crashing into a ditch during his work commute. He died two weeks later from his injuries.

For those unfamiliar: The GM ignition defect involves many models/years and causes a driver to lose steering capacity and braking capacity. It also causes a failure of the airbags in spite of significant frontal damage to the vehicle if the motor turns off.

If you or someone you love suffered a severe brain or other injury, or died in a car crash that you believe was caused by an automobile defect, call the Pittsburgh personal injury attorneys at Pribanic & Pribanic today to schedule a free initial consultation at 412-672-5444 or toll free at 800-392-4529. 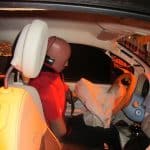 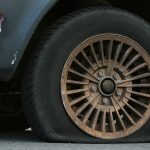