As many of us gather with family and friends to enjoy the holiday season, Pribanic & Pribanic would like to encourage everyone to remember those living without clean water .

This past winter, Pribanic & Pribanic donated water to the people of Flint, Michigan, who have been living on bottled water since a state of emergency was declared at the beginning of 2016.

According to recent reports by residents, funding appropriated for water deliveries, a health registry, and water filters still has not been adequately distributed as the Flint water crisis continues.

These new charges raise the total number of defendants in the Flint water crisis to 13. Many of the charges include willful neglect of duty and misconduct.  Schuette commented in a press release:

“The crisis in Flint was a casualty of arrogance, disdain and a failure of management.  An absence of accountability. We will proceed to deliver justice and hold those accountable who broke the law.”

While justice in cases like this is of utmost importance, nothing can remove toxic exposures from the bodies of innocent children poisoned by political negligence and wrongdoing.  Rather than blindly placing the quality and accessibility of our drinking into the hands of strangers, it is critical to remain vigilant in awareness of drinking water issues.

We should ask:  Where does our water come from? Who is in charge of keeping it safe?

The crisis in Flint is a tragedy that serves as a wake up call for everyone, including Pittsburgh, which has recently found its own issues with lead levels in city water.

In a free and just society, every citizen should have access to safe drinking water.

As the holidays draw near, we at Pribanic & Pribanic are reminded of why we fight for justice – and we encourage all of you to help in whatever way you can.

If you’re able, please consider giving time or resources to a charity that serves our fellow citizens who struggle to attain the basic necessities and comforts of life.

Warm wishes for the happiest of holidays and a wonderful new year from Pribanic & Pribanic. 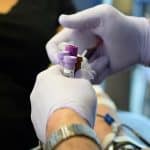 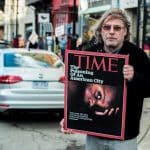