A Kentucky mine worker diagnosed with black lung was awarded a $7.2 million verdict recently after successfully suing a dusk mask manufacturer – and legal circles are buzzing because it may be the first-ever coal-dust respirator product liability case to go to trial in the United States.

Here is what happened: According to news reports, the mine worker – James Couch – filed the product liability suit against a company called Mine Safety Appliances after he was diagnosed with black lung. According to the United Mine Workers of America, black lung is a legal term to describe a preventable and occupational lung disease. It is contracted by the prolonged inhalation of coal mine dust, which remain in the lung where they can cause inflammation and scarring.

Black lung is also known as:

Symptoms of black lung, which may not present themselves immediately during the early stages of the disease, include:

While Congress ordered the man-made disease to be eradicated by the coal mining industry by 1969, the United Mine Workers estimate that as many as 1,500 former coal workers still die each year from the painful disease. When black lung is discussed, it is also important to note that the Federal Coal Mine Health and Safety Act of 1969 provided for monthly workers’ compensation and medical treatment benefits to miners who were diagnosed with the disease and then became totally disabled.

It should be further noted that surviving spouses, including surviving divorced spouses and surviving children in some instances, may file claims for monthly workers’ compensation benefits if black lung disease has caused, or contributed to, a miner’s death.

Now that we’re caught up on black lung and how it affects people, let us get back to the lawsuit:

Officials from many entities, including the federal Occupational Safety and Health Administration (otherwise known as OSHA), called for the ban of coal-dust respirators (such as the ones Mr. Couch wore to work as a miner) back in the 1970s.

Yet, despite those calls for a ban on coal-dust respirators, Mine Safety Appliances continued to sell them. According to the lawsuit, Mr. Couch wore coal-dust respirator masks for 15 years – never realizing that they were not properly filtering the air he breathed as he toiled in the coal mines for a living.

Mr. Couch’s product liability lawsuit may help refocus the spotlight on the issue of black lung, which in 2014 reached its highest rate since the 1970s in Kentucky (where Couch’s lawsuit was filed), Virginia and West Virginia, according to the American Journal of Respiratory and Critical Care Medicine.

But product liability, workers’ compensation and wrongful death attorneys know: The black lung epidemic extends well beyond the borders of just those three states. In fact, attorneys at Pribanic & Pribanic have helped represent myriad clients who have suffered health impacts from their tenure working in coal mines. The backlog of lawsuits and appeals in Pittsburgh alone involving coal mines, their families and the diagnosis of black lung prompted the need for three additional administrative law judges in 2014.

If you or someone you love has worked in coal mines and has recently been diagnosed with black lung or another respiratory disease, please do not hesitate to call Pribanic & Pribanic for a free consultation of your claim.

Our skilled attorneys are experienced in everything from product liability to workers’ compensation to wrongful death matters – and we stand ready to help protect the interests of you and your family. Call us today at 412-672-5444 or toll free at 800-392-4529. 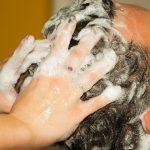 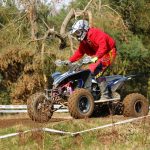